Will the pandemic spark a change in urban mobility?
Unknown User (salonen) posted on Apr 24, 2020

Restrictions put in place due to the Coronavirus pandemic have changed the way we live, shop, spend our free time, and the way we move. In many cities, streets have cleared of usual traffic. Public transport has been reduced and the bus, tram and train lines that still operate are used by only a handful of people. The big question is what will happen once the crisis is over. Will traffic return to normal, or could the pandemic spark a lasting change in urban mobility?

Traffic down, cycling up

The chart below shows how traffic levels in New York county (Manhattan) plunged shortly after a local state of emergency was declared in New York City. On 13 March, vehicle miles travelled still reached almost 50 million, but within a week they dropped to less than 10 million, following the adoption of restrictions on schools, businesses and mobility. 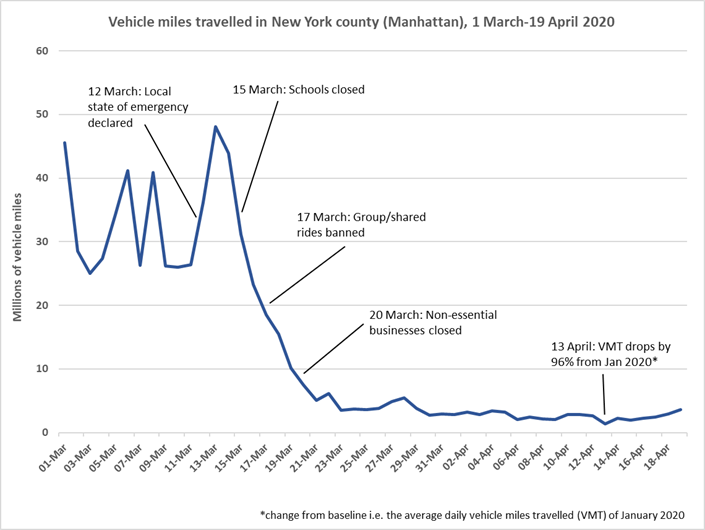 An obvious explanation to the drop in vehicle miles is that people simply stayed at home. As social distancing was encouraged and schools and businesses closed, the need to move from place to place was no longer there. However, the New York City Department of Transportation reports that during March and after encouragement from the Mayor of New York City to avoid crowded public transport, there has been a significant, 50 per cent, increase in cycling.

Many European cities are seeing similar effects and are putting in place measures to make cycling in cities safer and easier. In Berlin, where road traffic has fallen by 40 per cent, bike lanes have been widened and extended to increase safety and give more space to cyclists and pedestrians.

The city of Budapest reports that due to the pandemic the number of passengers on city buses has fallen by 90 percent while vehicle traffic is down by 50 per cent. People are looking for alternative ways of moving from place to place and cycling has emerged as an attractive option. Budapest is increasing the number of bike lanes and the city has also decreased the rental price of citybikes. While these measures currently are temporary, depending on their success, they can become permanent in the future. 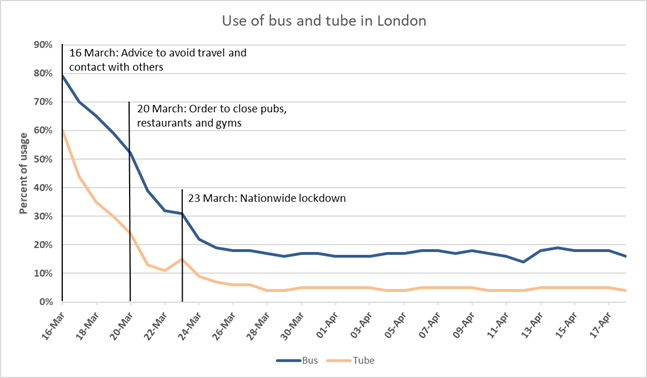 Plans for the future

In some cities, the pandemic situation has eased to the extent that it is possible to start planning for return to normal life. But normal doesn’t need to mean the same as before. Brussels has put forward plans to prioritize cyclists and pedestrians in the city centre. This is to make it easier for people to move while still maintaining a level of social distancing. The plan includes reducing vehicle speed limits to 20km/h and giving pedestrians and cyclists priority to move on streets, not just sidewalks and bike lanes.

The municipality of Milan has proposed an ambitious plan to encourage cycling and walking in the city centre. Milan has been in the epicentre of the Corona crisis in Europe and has had to cut public transport. The municipality doesn’t want to see public transport replaced by private cars, therefore they are heavily investing in sustainable mobility. The plan is to create temporary bike lanes, enlarge sidewalks, and set speed limits for vehicles to 30 km/h. During the summer, Milan plans to transform 35 km of road to better serve cyclists and pedestrians.

For some cities these kinds of measures have been in the plans even before the pandemic hit. For example, New York City has been focusing on the safety of cyclists and building new bike lanes since 2014. Brussels decided last year to reduce vehicle speed limits in the city to 30km/h starting 2021.

It will be interesting to see what impacts the pandemic will have on urban mobility in the long run. Cities already on the path to make city centres more pedestrian and biker friendly will most likely continue on their chosen track. If feedback is encouraging, it might push cities that are now putting in place temporary measures to increase the safety of cyclists to make them permanent. The more cities can report positive outcomes, the more likely it is that cycling as the main mode of transport in urban areas will become a major trend.

20 April: A drop in vehicle registrations due to the Coronavirus
Unknown User (salonen) posted on Apr 20, 2020 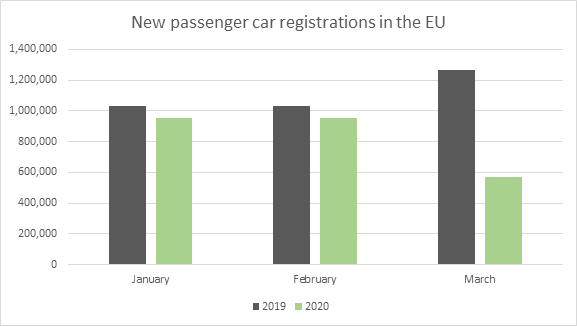 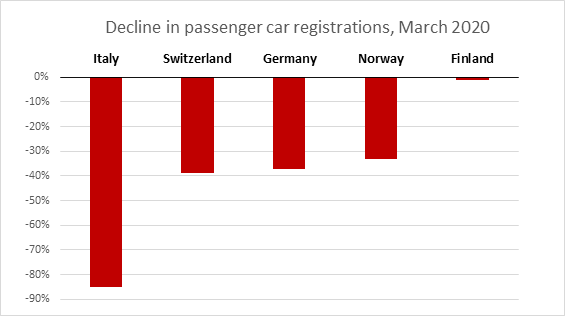 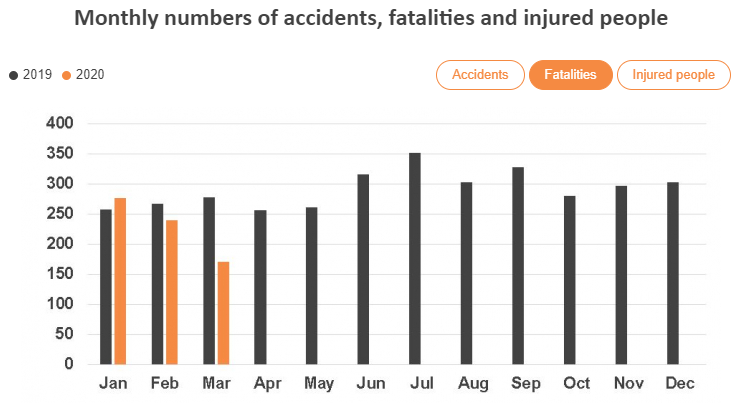 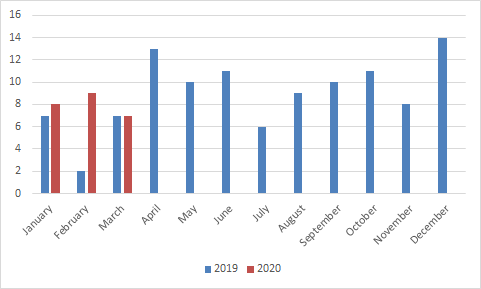 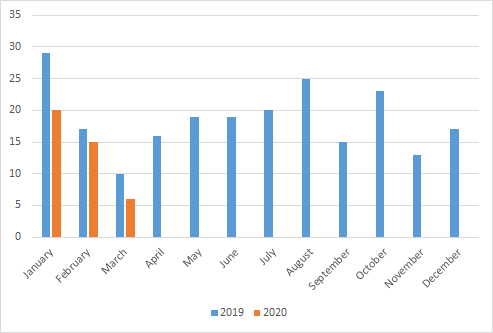 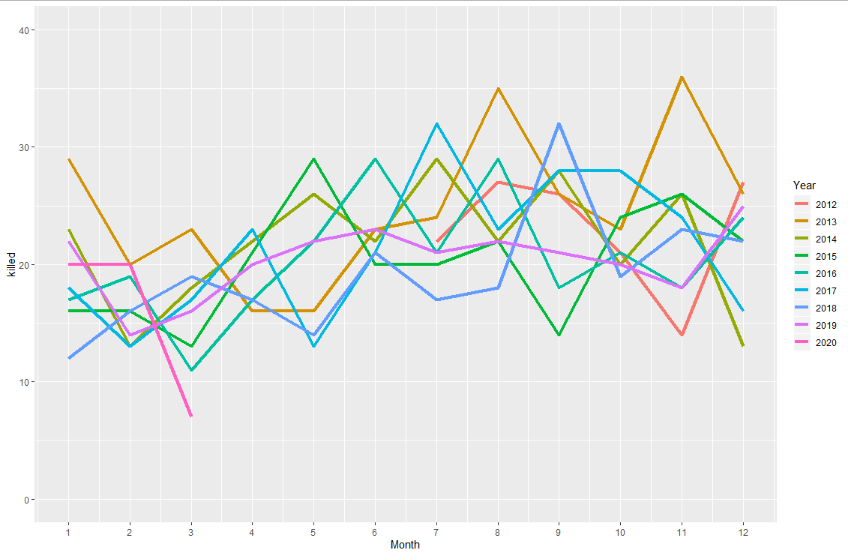